Timestamps is developed by Motkeyz Games. This is one of the unique games I played long ago, then I don’t know why but I stopped playing it. But, recently a new update was released and I thought it is about time I get back to playing this game. It is a sci-fi-themed adult Visual-Novel, probably the first one I have played of that kind, you know, sci-fi, futuristic thingy games. Let’s see how good of a game this is in each aspect going from gameplay mechanics to the story and plot.

First, let’s talk about the gameplay mechanics of the game. The gameplay is pretty much open-world, free-roam type of gameplay where you can visit different places on the map and navigate through the rooms in your house. The environments are very well designed and the places are easier to navigate, which makes it less troublesome for the players, although sometimes I feel like we are clicking too many times, it’s not a big deal as many of the games with this sort of gameplay seem to do that, but it is better to think about players and make the gameplay as simple as possible. UI of the game is well-made and probably one of the best I’ve seen in unity game, has a clever version of a roll-back system called “last Choice”. so kudos for that. Although, during the sex scenes, when we’re getting the animated scenes, we have to stop the animation by clicking on the option provided on the screen which is pretty irritating, especially as this game has a good number of animations. Music in the game is just average, it doesn’t have a lot of tracks and doesn’t seem to play a role in immersing me in the game but it does the job ultimately.

The visuals of the game are really nice. Characters are really well-made, although there is always a debate among the players about the design of one character (landlady), I don’t like the initial hairstyle of her too but, overall I find her hot, great body. The skin textures of the models are very good, they look realistic, but again the skin texture of the landlady seems a little over-tanned. The animations in this game are really nice and there is a good number of animations too, so people who like animations will like this game a lot.

The story of Timestamps is pretty unique and interesting. The girlfriend is a very cool character, she even accepts us to have a relationship with other females which is quite amazing. The time-travel plot is interesting and at times confusing and a little and a little annoying as well, Mainly because of some scenes “Dream sequences” which sometimes doesn’t make any sense and feel unnecessary and gives sharing vibes which are not good for players who don’t like that kind of content. As I said, the story is interesting and keeps the player captivated but the way it is presented that is dialogue writing needs some work, which will make the game even better.

And one thing this game has is, “smoking” fetish, for me personally, I don’t mind smoking and don’t really care if my girl smokes, in fact, I find it hot sometimes. The developer has made this thing optional but I have to admit although sometimes it is hot, I feel like it overdone and when things are overdone, even very good things become corny.

Overall, Timestamps is a really good game and I can say that many will enjoy it. It has incredible visuals, comfortable gameplay mechanics, and more importantly an interesting story. I feel like I have clearly pointed out some mistakes or to call it correctly, some things that I have a problem with, I hope the developer team takes my feedback into account. So, this is a very good game and I feel like everyone should try it. I wish all the best for Motkeyz Games and hope they keep creating amazing content for us.

So, have you guys played Timestamps? how do you feel about it? please let us know in the comments. Any feedback is appreciated. 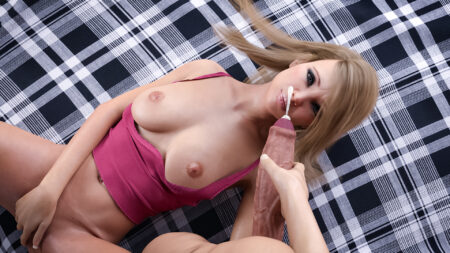 Compressing Your Game: A Ren'Py Howto

Do the single chapters provide relatively self-contained stories or is it just one story cut into pieces? As only chapter 1 is finished as of now and chapter 2 currently being developed, I’m unsure if it is worthwhile yet for people like me who don’t like unfinished stories.

They both are the same story, chapter 2 is the continuation of chapter 1, but chapter 2 is not finished yet. but both chapters collectively have a lot of content, more than some completed games do.