Sunny Love is self-described as a “short visual novel” but in truth, it is more of a vignette than a novel. I recognize the effort the developer has put into this, especially from the writing standpoint.

With H games, and other titular romance genre stories, much of the interest comes from the build-up to the sexy scenes. Unfortunately, this is an area that is glossed over. We can change the name of the MC, but we don’t learn much about them at all. We do not hear inner monologues; we are just being taken for a ride. There is no character digestion to be had, simply reactions.

You play as a photographer who meets up with a childhood friend. This points out the first issue with the plot: everything relies on the fact that the MC and Maya, the girl playing the role of “The Girl”, have known each other for years.

While normally this would be okay, as there can be great character development opportunities that arise from such a situation, this is unfortunately not the case. Instead, this is used as a license to skip past all the “getting to know you” parts of a romance and get right onto the “it’s okay if it is with you.”

Honestly, it feels a bit like you are starting from someone else’s save file where they have already gotten past the intro where you meet all the characters. Character development is nil, and the ratio of writing is 80% H scenes and 20% anything else. That 20% is used to set up the next H scene.

Each line by the girl is punctuated by a female voice making noises, which can get rather distracting after a bit. During the H scenes, you hear non-stop (and I mean non-stop) vocal “girl enjoying H scene” noises on a loop, and as these H scenes can last several minutes, this can really detract from what is going on.

When speaking about “what is going on” the answer is: not much. There are two or three poses or pictures per H scene, but most of it is descriptive writing. The game does not lean on the “visual” part of “visual novel” and goes for a tell-don’t-show writing method.

The unfortunate thing about writing in such a way stems from the limitation of the Ren’Py engine it is written on: You only have one or two lines per word box. This means you cannot string many descriptions together, you can’t describe the scene to the fullest. The end result of this is that any particular H scene is interchangeable with any other H scene, and there is little to differentiate things.

When you are not using the visual aspect of the visual novel medium, and when you focus instead on the writing aspect in an engine not built to allow verbose writing, you are stuck with something that is in between.

I see what the developer wanted to do, and I really want to see the story that was intended, it just feels like it was handicapped on both aspects, being neither truly visual nor much of a novel.

Finally, when the game you are making is a visual novel, you need to do proofreading and spell checking. The words are the core part of your story, and it needs to be localized well.

The entirety of the game lasts about 40 minutes max to see all content available in this game. This includes all choices (of which there are 3), all endings, and all H scenes.

All of this being said, the author has done something wonderful that most people don’t do: they put themselves out there and created something. That is something that most of us only dream of doing. Everything that I write here is intended to be well-meaning, as Byaka Games obviously has drive and talent. I want to see more from them in the future.

In its current state, I cannot recommend this game at the current price point of $10 on its merits alone. I would, however, consider it worthwhile to use that money to encourage Byaka Games to create more games, hone their skills, and continue building new things that add to the H games community.

I look forward to their next work! 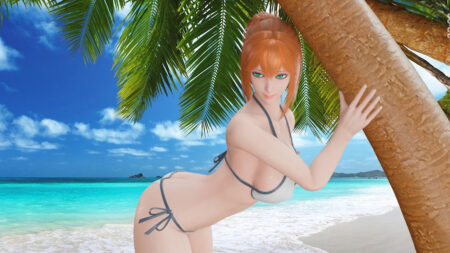 Thank you, I appreciate it. Was there a part you liked in particular?