First impressions can be everything, especially with a visual novel. Sometimes, a game doesn’t look like it will be anything special, but if you stick with it you realize you couldn’t be more wrong. “Ramen No Oujisama”, also known as “The Ramen Prince”, is the epitome of this. At first glance, the idea behind the game sounded interesting enough, but the art, the UI, and even the engine of the game turned me off. Though, I couldn’t have been more pleasantly surprised by this game. There is the old adage, “don’t judge a book by its cover”, and it surely stands true here.

The main character opens a new ramen restaurant in Japan. Based on your choices and which of the many routes you decide to go down, the story vastly changes. This gives the game an immense amount of replayability and gives you the option of dating many drastically different love interests (LI’s). The large amount of content blew me away and kept me occupied for hours on end.

Starting off, I want to get into the story. The start of the game is portrayed in a light-hearted, yet realistic and believable way. The MC gets to start off on a new life and meets many interesting characters along the way. Most of which, are romanceable LI’s. As I stated earlier, the game gives you the ability to choose which route, or LI, you want to work towards by choosing the main dish your restaurant will serve. That dish is directly influenced by the character you have in mind. It’s a really original and cute way of choosing a LI. Unlike most games, the story completely changes based on which girl you choose. It’s a fantastic way of making each route worth playing. And going even beyond that, the girls are so unique. Every single one is special in their own way. I found myself getting so attached to each character and even after I’ve already played through the entire game I find myself scrolling through past saves just savoring how well many of the characters are written. That being said, you may not personally bond with certain girls, it’s very much an opinion-driven subject. I can’t say every LI encapsulated me as well as some others but that doesn’t mean I didn’t enjoy them; they’re just different and that’s what makes the writing so great. And if you have no interest in a certain girl, you can easily skip over them and move onto one that interests you.

It’s pretty easy to write a story, but writing a compelling story is one of the hardest things to do, and this game excels at doing just that, time and time again, considering each vastly different route. The core premise of the game stays no matter what: MC owns a ramen shop and tries to make it popular. But each girl brings part of their personality and lives into it in some way or form. Some routes intersect through one another and it’s just so fascinating getting to play all these varying paths. Certain parts of the story are just completely omitted depending on which route you go which may sound like a bad thing but it made it near mind-blowing for me learning some secrets or information about some girls you met that wasn’t evident, for instance, on another path.

Although the game starts off pretty relaxed, some paths you can go get dark and really made me empathize with the characters. On top of that, there are further choices within the game that not only change which LI you pursue, but also alter your ending based on that character. They have “bad”, “neutral” and “good endings. All that considered, it really depends on your perspective. I recall preferring some “neutral” endings over the “good” ones. But again, that’s what makes it so great, this game is so open-ended you’d think it was a sandbox or something along those lines. But nope, it’s just a visual novel with impactful choices.

The writing and story very clearly is where this game shines best. The varied and unique characters, the clever dialogue combined with an immersive and interesting story just amazed me.

As I had stated, the visuals to this game originally made me hesitate before playing. That’s not to say the art is bad, it’s just extremely different than most games I’ve played. It’s a 2d-style with backdrops based on the current setting. It’s a bit underwhelming but the game managed to at the very least, make me appreciate it and the art gets the job done far better than I originally had expected.

It does have a lot of drawbacks though. The art does get very “samey” and it lacks the variation and depth you may be used to with other games. For example, a lot of the game takes place in the restaurant, the backdrop is practically always the same and doesn’t feel very immersive. The expressions characters use begin to feel very cookie-cutter and basic and the animations are rather jaggedy. The game is cute, I can concede that, but the art is pretty disappointing.

While I can harp on about the art style not being fantastic instead I’ll look past that. Each individual love interest you get to meet has their own style, their own art, their own mannerisms. And it often matches their personalities. The game does a good job of making each route and each girl feel and look unique. That’s a big plus in favor of the visuals. Far too often, the LI’s look very similar to one another and it can be tough to portray personality into a look and this game manages to do just that.

The sex scenes are a mixed bag, some are done quite well but some are just awkward looking and not terribly arousing. If you’re in it for just sexy stuff, I’m afraid you’ll probably have to look elsewhere. As with most of the art, the sex scenes are sufficient, but aren’t particularly amazing.

The visuals the game provides are certainly weak when compared to other VNs and definitely far weaker than the story but they managed to surpass my lackluster first impression of them.

There is a lot to unpack here. The game has some serious issues when it comes down the production. The game uses the Java engine and I can’t see a single benefit it has over, for example, a Ren’Py game. When comparing it to just about any other visual novel it’s so easy to notice how clunky and slow this game is relative to those. When the background changes or when someone enters the scene the game can take a couple seconds to load and you cannot click or doing anything. I read quickly, so this becomes immensely frustrating. On top of that, there’s no rollback, saving is clunky, the UI is quite messy and it takes a second to load before you can click it. Basically, it’s just a complete trainwreck in many ways and it gets old, quickly.

I originally tried this game on the official android version and forget it, it just doesn’t run well at all and was far more trouble than it was worth. It takes so long for scenes to advance. Naturally, I switched onto my pc but it still is janky to say the least however it was at least playable. And that’s not all, the game is just buggy at times. When a character is shown in a scene, sometimes they’re naked for a second and then their clothes appear on them. Sometimes characters and art get stuck on the screen and it just looks ridiculous. It’s just so strange some of the bugs I encounter while playing through this game. There’s clearly a huge problem with the way the game is put together.

Now again, I can just keep going on about the negatives but there are some things that the game did well in regards to the production and the main one that comes to mind is the music. The game features a lot of good music that changes from scene to scene, complementing sad moments or the sweeter ones. One of the characters you meet is a singer and they have their own songs in game. It enhances immersion and sets the tone really well. There’s a lot of variation with the music and it makes the game more engaging and enjoyable. When combined with the story, the music elevates some scenes to a very high degree and times like these are when the game really shines.

All that considered, again, I am disappointed with the production side of the game. It is no where near as good as I would consider the story. It’s frustrating and simply nonfunctional a lot of the time and is a big point against this game.

While this game has a lot of issues and makes some serious mistakes but I will never regret having tried it. It’s such a unique and rich game that I absolutely adore. I was honestly blown away by it and the story is so satisfying. There’s so much high quality content and the game features some of my favorite characters in VNs. Some of them are sweet and slowly open up to you and it just fills my body with all the gooey romantic character building I love. Some LI’s have more tragic and sad stories but that can make the route so much more rewarding. So even though there’s a lot that this game struggles with, “Ramen No Oujisama”, is truly an unexpected delight and I wholeheartedly recommend it in spite of my lower rating. If the game was remade to be more user friendly, I think I would die on the spot. But for now, this version will have to suffice.

In spite of the many mistakes this game makes, I hope I convinced some of you to take a look at this one. Let us know your thoughts in the comments below. 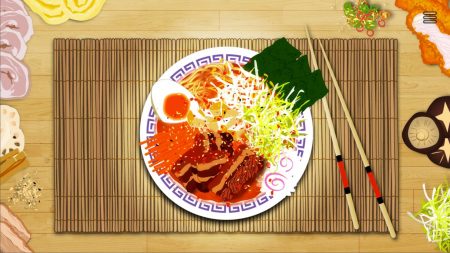 Dating My Daughter: A Mainstay in the Adult Gaming World