Trading. Bartering. The exchange of goods or services. Making deals has been a crucial aspect of human life from time immemorial. People have made transactions and concessions to gain any advantage over their fellow man. The deal of a lifetime is one that’s rarely offered. It’s with such a transaction that My Best Deal kicks off. Someone offered the MC powers that he couldn’t refuse.

Our MC awakens to find himself before an ivory beauty. She is quick to explain that his previous life is pretty much over; being run over while trying to push a girl out of harms way. While trying to assuage our MC’s—understandably—weary thoughts, she offers him the titular deal. Her name is Selene, and she is a Goddess with an offer for you, the terms of which will become clearer in time. As our MC accepts, his ‘spirit’ is placed within the body of someone else, and wakes again in a hospital ward. Coming to terms with his own life, he meets his ‘mother’ and twin ‘sisters.’ From then on, he’s mostly on his own and will have to traverse his new life with care and caution. With the abilities he receives, it’s up to the player how his fresh start plays out.

So far the plot line is following an interesting arc as the player learns about the nature of the deal the MC has made and how it affects his relationships with the other characters. From the get-go, it seems that there is more than meets the eye with the Goddess Selene and her deal. Although the initial premise is fantastical, much of the plot revolves around the unconventional, albeit grounded characters.

Speaking of characters, I would say that most of them appear real enough, but only barely scratch the surface of actual character depth. One of the first real sexual relationships that we develop is with Rin. She is best described as the ‘wild twin’ with how she nonchalantly accepts sex with her brother. Don’t get me wrong, I’m all for sexy sister fun-time, but sexy sister is not really a personality. To be fair, we do learn some hints at something deeper a little later.’ Only time will tell how her character develops.

In my opinion, the best developed character so far is the mother. You can genuinely see that she cares for her children, especially her son. This makes her conflicting feelings for him all the more burdensome for her. While she wants to act on her more intimate emotions, she doesn’t want to risk losing her son a second time. The mother being this well-developed does make me wonder why she doesn’t have a name, with the game only referring to her as ‘mother.’ I’m not sure if I missed something or if it’s an oversight. Regardless, the characters here at least show some form of depth and aren’t just there to be railed by the MC. Some characters will need more growth than others, that’s for sure.

It’s not often that we get Asian characters in and when we do get them, they’re either caricatures or so far removed from ‘Asian’ as to be something else entirely. So it was decently surprising that the character models here are both attractive yet realistically proportioned. The twins look absolutely great personally, and Annie comes in a very close second. And although I’m not a fan of MILFs in general, I can definitely appreciate how fantastic the mother looks.

Something I noticed in the game that I don’t often see is how characters have an ‘idle’ animation during casual scenes. It’s a small detail that I really do enjoy and would love to see in more games. It’s small things like this that really do add up to a fantastic experience.

One thing that I should mention is how experimental certain scenes can get. Clearly at least some thought has gone into the composition of these scenes, with some definite symbolism creeping in. Again, something that add extrinsic value to the medium. No doubt that coming up with scenes like these isn’t easy and should be commended when done right. It’s done pretty well here. It’s very things like symbolism to be too overt and become quite campy, so the subtlety here is good.

While some of the characters in My Best Deal may be a bit flat (metaphorically) right now, careful character writing will most likely elevate them to great heights, Pirot have already proven that they can produce an excellent character in the mother. They just have to do the same with a few others.

Visually, the game is stunning and things can only go up from here. From the beautiful characters to the tiniest of additional details to the ‘cinematography.’ It’s a real treat for the eye and the mind.

P.S. Please give the mother a name. She really deserves one. I love her. 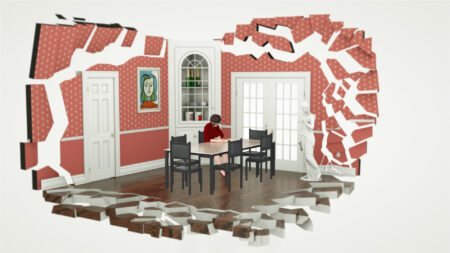 Five Fun and Spicy Furry Games to Check Out!

The mother’s name is mentioned once as Molly

I see. I must’ve missed it. Regardless, it would be nice for it to be displayed in the dialog panel.