In this niche little adult gaming community, there have been some times when a developer pauses production to go back and redo what they had been working on. Often, the result leaves players saying “that wasn’t really worth the delay.” Love & Sex: Second Base is a standout here because it was absolutely worth the delay.

When it originally hit the market, Love & Sex (not Second Base) used real photographs for its art. According to the developer, Andrealphus, he used this original version as a sort of proof of concept. At some point, he dropped the original project, gathered a team to work with, and went to work on Love & Sex: Second Base using a 2D art style. This has paid off in spades for him.

Playing Love & Sex: Second Base is a bit of a time investment, but one that is quite enjoyable. You will find yourself grinding through work, exercise, studying, and reading to gain money and increase your stats. As you go along grinding through the daily tasks (making sure to keep yourself cleaned, fed, and well rested) you will encounter a multitude of beautifully drawn women to interact with. Almost every character you come across will have multiple quests available in their own personal storylines. Additionally, a lot of the characters have intersecting storylines, leading to a number of possible harems you can attain.

Though as mentioned there is a bit of a grind to the game, it doesn’t feel tiring. Using a nice dynamic scheduling system for the NPCs, you will be giving the opportunity to progress at least one storyline in many of the choices you make. For example, you have multiple co-workers, each with their own quest line, and as you do your daily Work tasks to increase your money, you’ll be able to interact with any of those four characters, advancing storylines constantly. In fact, just by choosing the “work” button, you’ll have storylines automatically inject and advance. All this just to say that the grind isn’t boring. It’s organic and it is always leading to the next thing.

One of the most interesting aspects of this game is the fact that you can choose between a male and female protagonist. Though they are quick to point out that the male protagonist has way more content right now, it’s still a nice change to see. Allowing the player to experience some of the same story through different perspectives and catering to a wider audience is something that a lot of developers want to do, but aren’t able to. Andrealphus and his team are making it a reality.

Love & Sex: Second Base, as noted, has a large cast of characters to meet, fall in love with, and yes – ultimately fuck. The banner image with 21 different women on it aren’t even all of the women in the game (and admittedly, a couple of the women in the picture have only been teased so far). There is truly a large amount of content to find, and although there is an in-game quest list to tell you what you need to do next, a lot of the fun is in finding the next step for some storyline accidentally. And trust us, you will stumble onto storylines accidentally just by visiting locations, doing normal daily tasks, and simply by choosing to interact with a character on the right day or time (or season).

Despite having such a large catalog of available content to discover and enjoy, this is still very much a game in development. It’s important that while playing to keep this in mind, as there are still some visual bugs that are being worked out with each release. These range from characters not appearing on screen during dialogue, to having them dressed incorrectly. These don’t affect your gameplay very much, though.

It remains to be seen just how much more content we can expect from the dev team on this game, but there are still plenty of loose threads for the cast that are in the game already, at least a handful of characters that have only been teased so far, and the bulk of the content still needs to be completed for the female protagonist option. Given all of this, it seems all but a certainty that Love & Sex: Second Base is going to be a game that you can reliably come back to each month to find new, exciting, and sexy content for quite some time. Updates seem to come reliably each month, and are always adding new scenes, images, bug fixes, and more. 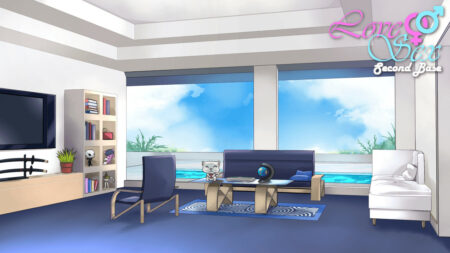 The Right Use of Game Over in Visual Novels

What is Survivorship Bias? Analyzing the Market.

I am also looking forward to seeing what they add to the female version. It looks like they just added a good bit of new content for her with the last update, though!