Adult games encompass a wide range of genres, and Healslut goes straight for the comedy niche, with a definite emphasis on the sexy, but does it hit the spot?

Healslut is about a futuristic Virtual Reality game. The Main Character is a professional beta tester who gets invited to a new adult-themed title called “Powerful Order Online” (yes, POO). You can choose whether your character is male or female outside of POO, but once they get into the game-within-the-game, they find themselves locked into a scantily clad, female-only class called a “Healslut” who heals, but with somewhat orgasmic side effects. Thing is, this class can only heal. No offense or defence.

This, of course, leads to sexy hijinks and some really good comedic writing.

The game is built on backgrounds and character sprites. It’s nicely done, but it’s also not as well polished as some other games. It’s effective for the story that the game is telling, and it’s largely the only way to tell a story that can diverge so much. There are many forms that the player’s in-game character can take, and trying to render full scenes for that many options would limit the development. Using this method has allowed for some excellent flexibility in storytelling, and a good amount of content.

The writing is funny, but of good quality. The humour is balanced and almost everything in POO is made humorous to some extent. Most of the more serious moments happen outside of POO, but there are a few inside it, too.

To dismiss this game as a funny and sexy little romp would be a disservice to the writing. There’s more to the story than just the hijinks associated with the class the player is locked into. There is a depth to the game provided by some mysterious undertones and the greater story around the development of POO. There’s a lot that could be missed by skipping through the game, and that would definitely affect the overall enjoyment of it.

There were moments when I wanted to scream at the screen, however, especially in the more recent content. That’s not a bad thing, because it meant I was invested in the characters, and that, more than anything else, is a testament to the writing and world-building done here.

Healslut is a game I had overlooked for a while, but now having played it, I’m looking forward to seeing where this ride goes. 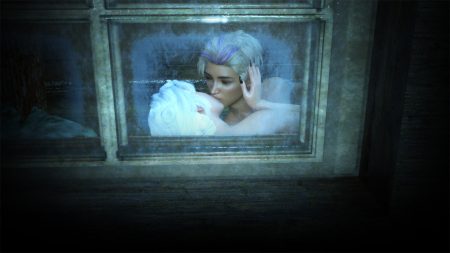 Is "Bad Memories" a Memorable Tale?

Thar be vikings! An interview with the Developer of "Vinland"

Thank you for the review! I’m only seeing this now months later (a supporter sent me the link) but I do appreciate both the criticism and the kudos.

Been following and enjoying HS for a while now. Definitely the kind of game that warrants multiple save files to get all of the routes.