The story revolves around the protagonist character Simon (the MC) who got struck by lightning and that resulted in memory loss, actually, the MC funnily adds that “When he got struck by lightning he didn’t get superpowers but resulted in memory loss“. The game is like not every other game where the MC wakes up from the deep sleep or some ailments that ruins his future life because of that but instead of that the MC starts “Fresh” by joining a college and getting a part-time job at a fashion store. The developer Oppai-Man made this game best with top-notch renders and the best animation with the best models.

When the MC was waiting for the bus at the bus stop he met a stunning hot lady waiting at the bus stop which was revealed later that she is Sue as Susan’s niece, now the MC first reached his destination there were four shops which were optional for players to choose which one to go first, there were characters that the MC met was the first waitress in coffee shop Alyssa (a professional dancer) next comes Chloe (Fictional book lover and private investigator) and Dylan (a redhead who disguised himself as a foreigner from Russia to get the attraction of girls), amid discussion between the MC, Dylan reveals that he is not a foreigner and ask MC to keep this secret as a promise so that he would never tell anyone.

After that the MC visits the game store where the MC finds himself in competition with a girl named Julia who is also passionate about gaming, to determine who is better they play the game they play DANCE DANCE – it is optional who can let yourself win or let her win, the main story comes into play when the MC visits Susan’s clothes store where he discussed how he got to know about her and his father relation with her.

Some of the positive outcomes of the game that makes it better than the others VN’s are:

The negative outcomes that make the game boring for other players are:

FreshWomen is but some other college game, in which this time our protagonist has to find out what befell his dad. There is a restrained sandbox section, however no grinding or repetition. The college setting and missing dad tale are up to now taking a backseat, the focus of this recreation is definitely on the girls. This recreation also doesn’t mess around an awful lot, you get to fuck the girls quite fast. According to me some of the positive outcomes overshadow the negatives in the game and it is by far a very good game with high-quality renders and models. At this point, it is hard to tell whether the main focus is Erotica or Story. 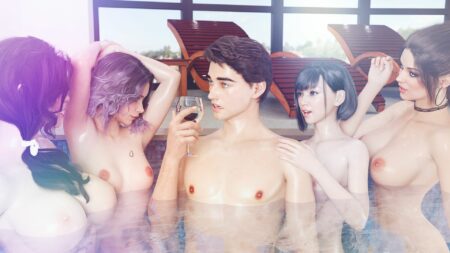 Throwback Thursday: Something To Write About: The Author

Leap Of Faith – I Came for the Hot, and Stayed for the Plot