Developed by Acting Lessons Developer DrPinkCake, this game follows the story of a young man coming from a low-income family who moves away from his widowed father and his summer love after getting accepted to the Burgmeister & Royce college. As he begins to attend college, he is cast into freshman life and persuaded to join different fraternities, in this journey he’ll be exposed to a new world filled with conflicts, alcohol, sex and drugs.

To be honest, with the mixed reception Acting Lessons got among the players, I was kind of intrigued with this one and decided to give it a try. I am glad I played this game because this was not just a good game, but it exceeded my expectations. With that being said, lets analyze different portions of game to get a better idea.

At first, I expected this game to have story similar to the typical college-themed movies but, I was wrong. The story has great depth and characters are very interesting. We have 5 love interests for the main character to choose from, and each of them have their own character arc and their connection to our Main character with them gives a meaningful progression to the story. The thing that is so amazing is that not only the main girls but also the side girls get a lot emphasis in this game and the relationships are progressed in a realistic way depending on the nature of the girl we’re pursuing the relationship with.

Also, the story has enough emotion to keep the player interested as they go further into the story, while still giving the player a good amount of lewd content. The way the story is laid out is very interesting because most of the time it makes the player think as to “what will happen next?” which keeps the enthusiasm in the player alive. Where there is good there is also evil, the player encounters things like drugs, prostitution, etc., but it is up to the player to choose the direction you want to go. Writing sure is a strong part of this game, but it can also improve in a few places.

The art in Being a DIK is very well worked out, probably one of the best-looking renders that are developed in Daz3d. And the amount of attention and detail put into every render is amazing to say the least. The game has many animations, as far as I know, the most in an adult game. Which makes the sex scenes in it even more enjoyable. Different environments and places are also well designed. We do not have many issues with art in this game at all, the developer has improved a lot in this aspect compared to his previous game.

Production is the part where Being a DIK really stands out and outshines many games. The people who are bored of games with no or very little choice-making will love this game as it is filled with many choices and most choices have consequences as well. We have a many free-roam events that will make you feel like you are exploring the things but sometimes could be tiresome. The mini-games are also interesting for the people who like them but, I didn’t like a few of mini-games here mainly because it is a little annoying when I have to replay the mini-games again to get them right when they are a little tricky. Then we have music/audio, I really like the music choice of the developer here, he has many good tracks in the game but sometimes the music stops abruptly which can be a little awkward during the scenes.

To sum it up, I am pretty impressed with this section, especially. This game excels at production.

It’s not hard to say that Being a DIK is one of the best adult games out there. It has many good things about it that certainly make you forget the bad things about it, but there is always a room for improvement, especially in the writing section. Like I said, although I am not a big fan of mini-games in it, but I won’t complain too much about mini-games as we also have a skip option for them. Despite a few issues here and there, Being a DIK is an amazing game and I am looking forward for the future updates of the game.

Have you played Being a DIK? Please let us know how you feel about it in the comments and any suggestions will be appreciated. 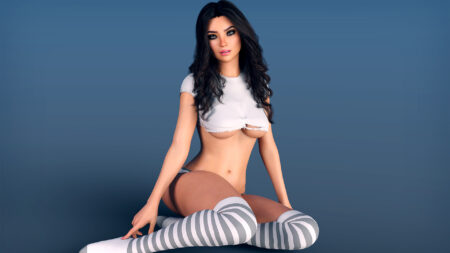 Being a DIK Review

Broken GPU? Good Luck Getting a New One