This game is developed by PTOLEMY, who is known for games like Dreaming of Dana, Intimate Relations and a few others. The game follows the story of the Main Character who always finds himself in trouble but has an impulsive approach to solve his problems. He tries to run away from his demons, and in the process he ends up working for a mafia family. There he meets Alexandra and his journey in the mafia world begins.

First lets talk about the gameplay of this game, it has just the usual convenient choice-based visual novel gameplay system with no sandbox elements at all. I personally don’t really like sandbox type games, but it’s all about the requirements of the story as to which gameplay mechanic works better. There are some choices in this game which don’t make a lot of sense and don’t really have significant outcomes. Also, there are few choices which will give you a game-over screen which is irritating some-times.

With that being said, lets move to the story and dialogue part of the game, which probably is the strongest aspect of this game although it has flaws of its own.

The story of this game is really interesting and people who crave some romance will like this a lot. The story shows how the MC controls his impulses and even puts his life on the line to save his loved ones. The side characters, the ones other than the main love interests of the MC, are also given good importance and a role in shaping the story. The dialogue writing aspect of this game is not as good as its story; we have some inconsistencies here and there, and some of the sentences are not well framed, like you can understand what its trying to convey but the dialogue is a little underwhelming, which can be a turnoff for many people. There are some grammatical mistakes here and there too but it’s just me wanting this game to be as good as possible ’cause I like the story.

As for the Visuals part, well, the game has good renders and animations but they are not the best. It can definitely improve in this aspect. All the characters are very well crafted especially the main love interests. Sometimes the animations are not that good and sex scenes are too short. Other than that there is nothing much say about the visuals, they just do a satisfactory job for me.

So coming to the overall thoughts on Alexandra, the gameplay is very simple although it can improve in some choices by decreasing those game-over choices. The story is the strongest part of the game, dialogue writing needs improvement and it’s really necessary for a story as good as this. Well, coming the visuals they just average or above average it’ll be better if game improves in the renders but since the majority of the game is already completed I don’t think developer will do that. Despite all of problems, Alexandra is a really good game, I am looking forward for future updates.

So, have you guys played Alexandra? what are your thoughts on it? feel free drop a comment about it. 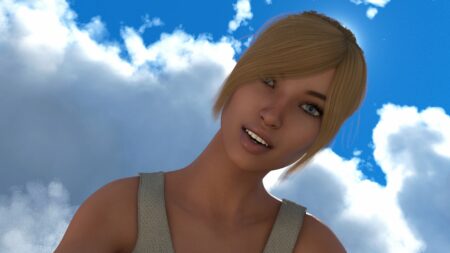 Crash Course to Daz 3D: How to improve your render times