This game is currently in the process of being developed and as a result is not complete. Because development is still active, regular updates can be expected.

Balls Out: Nu Vagis is an adult 2D hand-drawn cartoony parody Dating Sim/Visual Novel/JRPG about surviving is a harsh world of a sexy post-apocalypse. In fact, the game is a parody spin-off of a very popular RPG post-apocalyptic game taking place in 2284 in Nevada and California in a parallel universe.

In this world humanity tends to preserve itself from extinction, not like we have now. And a human life is worth much more as well, especially if it’s a human well equipped both up and down there. The main plot is about growing up and seeking love and freedom.

WHAT’S THE GAME ABOUT?

You will take the fate of a virgin 18-year-old son of the Elder of the Bruhood’o’Spill into your own hands after he escapes from his native bunker at his 18th birthday to face the challenges of the harsh world of the sex apocalypse. You will travel along with him through the dangerous Grossland, visit the glamorous neon city of Nu Vagis, fight New California Empire and the Flock of Tiberius for freedom and of course meet a bunch of cool girls and help them overcome the difficulties of living in a new world.

For this you’ll have to upgrade all of your character’s six S.E.X.U.A.L. skills and gain all the perks and achievements completing numerous quests and mini-games, learning to listen to the girls, understanding their needs and acting accordingly. All of these things are truly essential for the young adventurer. But you’ll surely want to check it for yourself.

WHAT’S UNDER THE HOOD?

We plan an unimaginable amount of various stuff. The main features of B.O.N.V. are:

As for now, not all of the listed features are in the game. But we know how to make this stuff and we’ll introduce it in the nearest future.

Please, mind that the game is in active development and provided as is. There’s always a free version of the game for those who’d like to try it, but if you like the game and want the show to go on, consider joining us, contributing to the development and spreading the word about the game.

We are on Patreon, Subscribe star.adult and Itch.io. Of course, you can just buy the game at Itch.io but if you become our patron/subscriber, you’ll get not only the latest version of the game but additional stuff like:

…and much more! Please, check the tiers’ descriptions for more information.

Got a Walkthrough for this Game?

Login and go to our Dashboard to begin.

Got a Mod for this Game?

Login and go to our Dashboard to begin. 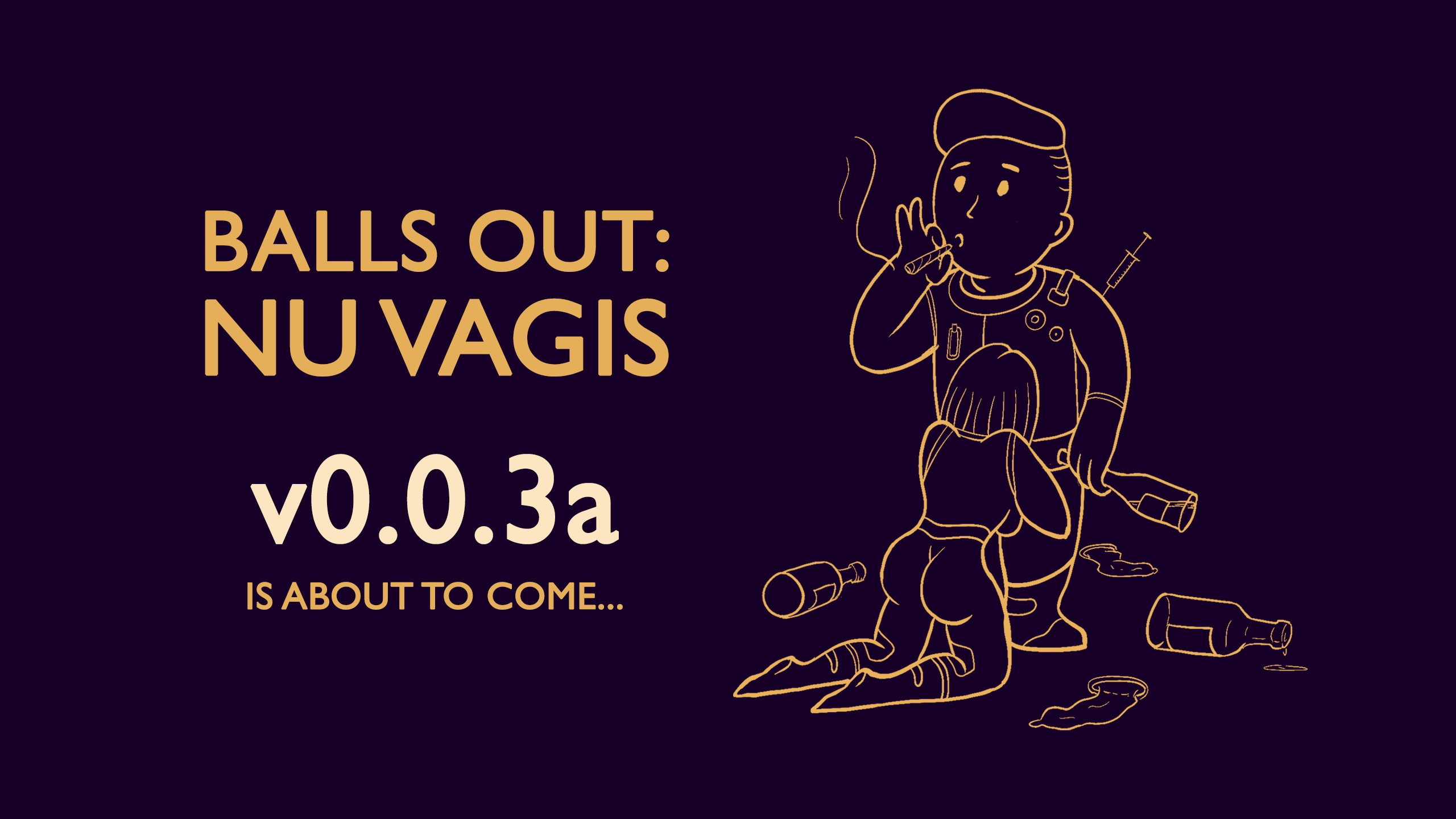 It’s time to get your Peep-Boys out of your battered backpacks as we’re going to turn them on for testing in less than 24 hours from now.

Version 0.0.3a is completely dedicated to the heart of our RPG system – the divine PEEP-BOY. To get it up and running we’ve created its interface (almost) from the scratch, and filled it with live data coming from the gameplay i.e., the choices you make.

Now we have separate screens for S.E.X.U.A.L. parameters, skills, perks, weapons, apparel, aid, misc items and quests. Still, there are some more screens awaiting to be set alive and we’re working on that.

But how will you see that the data is live? That’s simple: we’ve updated the existing scenes to bring you more interactive gameplay and the choices you make can start or finish a quest now or influence one your parameters like S.E.X.U.A.L. or skills.

And the last but not the least – we’re going Android. The very first version will be free for everyone as we need to test the game on a number of different devices to make it more stable and playable for every player. We hope you’ll understand that.

Hi, guys!
It’s Peepboy. The actual version now is 0.0.2 (released August, 5), but right now it’s for the buyers and patrons only. It will become public when we release patron’s version 0.0.3.
Right now we’re working on v0.0.3a. It will be available for PC, MACOS, Linux and Android in a about a week.
Hope you enjoy our game and have fun.
If you have any issues, please, contact us via comments here or followin any of our links.
Yours, Peepboy Co.

Are you an Game Developer?

Showcase your game on LewdPixels.com and reach thousands of fans every day.